Landmarks that have played a significant role in history and that are instantly recognizable symbols naturally pique our travel interest. Here are the world’s most famous landmarks:

The Great Wall of China

China is one of the world’s most famous landmarks because of its architectural grandeur and historical significance. The Great Wall was originally built as a defensive fortification by the three states: Yan, Zhao, and Qin. It began as independent walls for different states and only became the “Great” wall during the Qin Dynasty as a means of preventing incursions from barbarian nomads into the Chinese Empire. The Great Wall carries a considerable part of Chinese culture and has long been incorporated into Chinese mythology and symbolism. In addition, the Wall has become the largest military structure in the world. The best-known section of the Great Wall of China–Badaling, located 43 miles northwest of Beijing–was rebuilt in the late 1950s, and attracts thousands of national and foreign tourists every day. It was listed as a World Heritage by UNESCO in 1987. 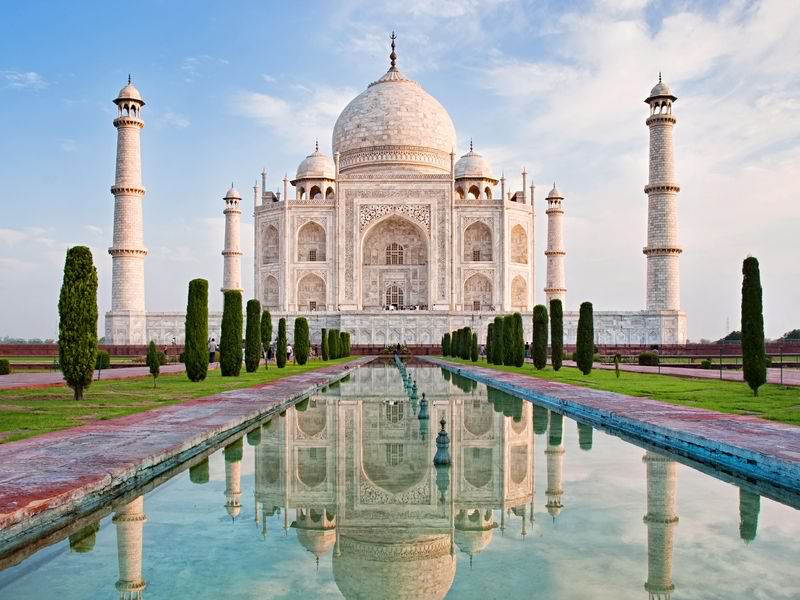 The Taj Mahal is an ivory-white marble mausoleum which encompasses nearly 17 hectares of land located on the south bank of the Yamuna River in the Indian city of Agra. It is one of the world’s famous landmarks not only for its striking beauty but for its romantic story as well. In 1631, Mughal Emperor Shah Jahan got this monument constructed in the memory of his beloved wife, a Persian princess who died after giving birth to their 14th child. The name “Taj Mahal” was derived from the name of his wife, Mumtaz Mahal and means “crown palace”. It is the love behind this outstanding monument that has given it a life. This is why Taj Mahal is considered as the epitome of love and a monument of immeasurable beauty. The mausoleum is considered to be the greatest architectural achievement in the whole range of Indo-Islamic architecture. The Taj Mahal is also regarded by many as the best example of Mughal architecture and a symbol of India’s rich history. 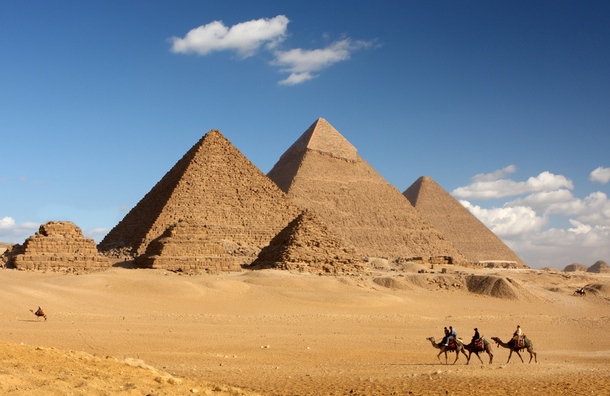 All three of Giza’s famed pyramids and their elaborate burial complexes were built during a frenetic period of construction, from roughly 2550 to 2490 B.C. The pyramids were built by Pharaohs Khufu, Khafre and Menkaure. The majestic ancient monuments mark the glory of Ancient Egypt. The monumental tombs are relics of Egypt’s Old Kingdom era and were constructed some 4,500 years ago. The Great Pyramid of Giza is the oldest and largest of the three pyramids in the Giza pyramid complex bordering what is now El Giza, Egypt. It is the oldest of the Seven Wonders of the Ancient World, and the only one to remain largely intact. 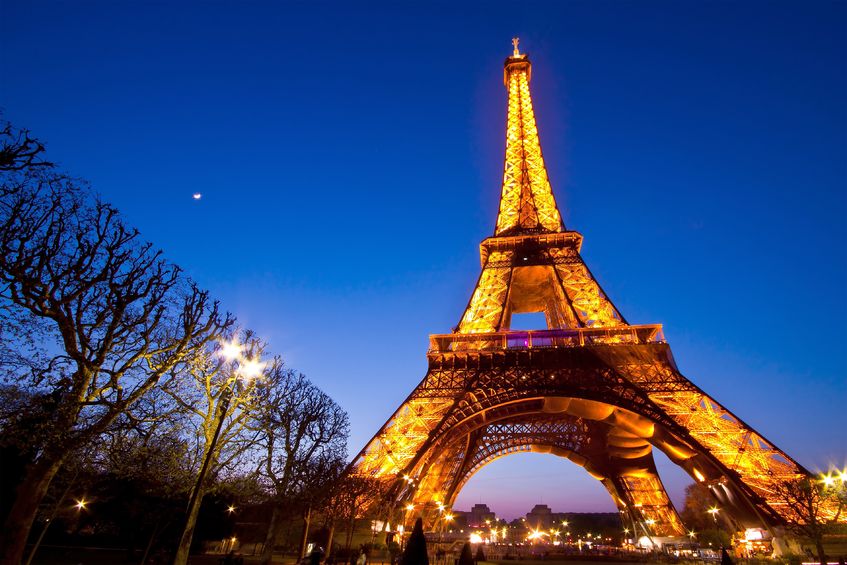 There is no doubt that the Eiffel Tower is one of the world’s most famous landmarks. It is a wrought iron lattice tower on the Champ de Mars in Paris, France named after the engineer Gustave Eiffel, whose company designed and built the tower. The Eiffel tower is a symbol of Paris, the icon of the cityscape and the best place to view the capital. It is the tallest structure in Paris which is 324 meters tall, about the same height as an 81-story building. The Eiffel Tower is the most-visited paid monument in the world. Since opening in 1889, the Tower has welcomed over 250 million people and still welcomes almost seven million visitors a year. 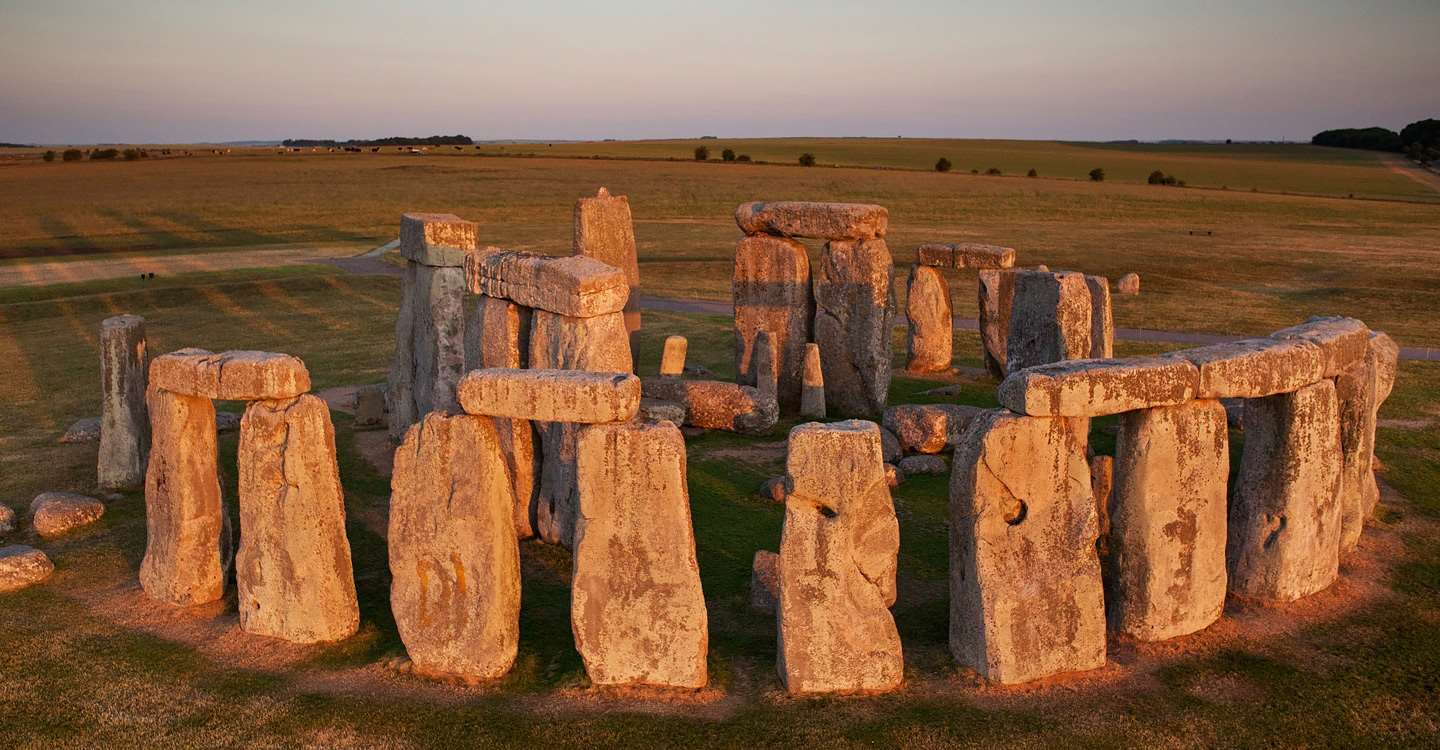 Stonehenge is a prehistoric monument in Wiltshire, England and is one of the world’s most famous landmarks. Archaeologists believe it was constructed from 3000 BC to 2000 BC. The stones are set within earthworks in the middle of the densest complex of Neolithic and Bronze Age monuments in England, including several hundred burial mounds. Stonehenge is regarded as a British cultural icon and is owned by the Crown and managed by English Heritage.